During World War ll,John Inglis Co. Limited operated one of the largest ordnance plants in the British Empire.Specialized skills,developed in the high-precision manufacturing of arms and war weapons,later serving industrial peace-time requirements.In opening a new department at this plant , the Sporting Goods Department where fishing reels,rods and nylon fishing line were manufactured.Shortly after the cessation of hostilities,an agreemnet was signed between the Shakespeare Co. Kalamazoo,Michigan and the John Inglis Co. Limited,and immediately key men were sent by Inglis to the Shakespeare Co. to learn just how these reels were manufactured.With the constant aid of the Shakespeare Co. ,Inglis manufactured six models of reels in 1947,nylon line in five weights and three rods were made available.The Shakespeare slogan "Bulit Like A Watch" was a very true statement.The tolerances to which Shakespeare reels are manufactued  are just as exacting as those to which watches are made.Inglis had the best machinery available for this type of work in their plant,and were capable of doing the job with the utmost skill.Inglis carried on making reels,rods and lures for many years to come and always marketed the Shakespeare line of products manufactured by the US company. 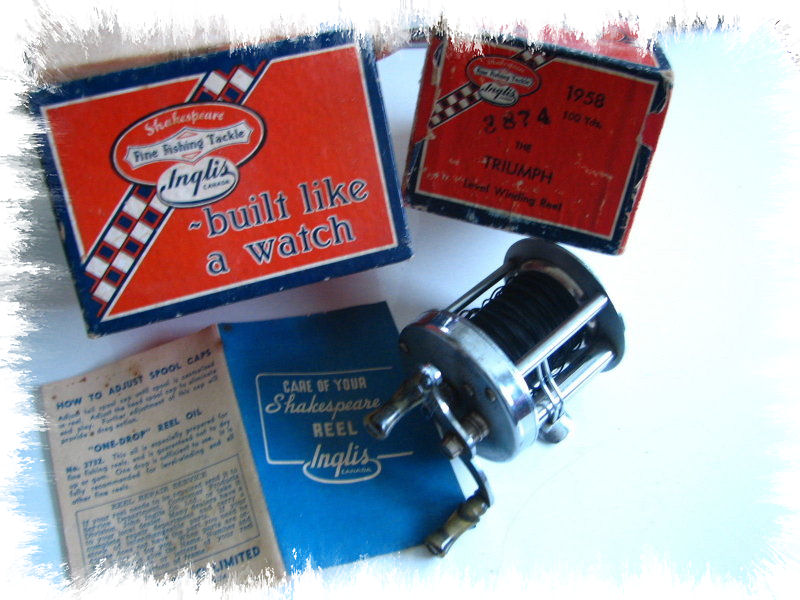 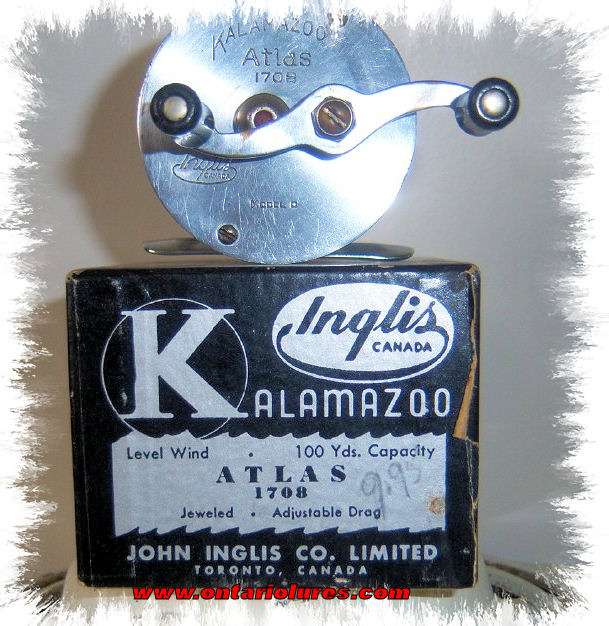 All photos and content copyright@2006 Patrick Daradick. Permission required to use any of this sites contents.